Lab Grown Diamonds. Industry Disruptor or A One Hit Wonder?

Over the last year, I’ve noticed more and more customers bringing their own lab grown diamonds into us for us to set into a ring. Sensing a trend, we’ve recently jumped on the lab grown diamond bandwagon and started selling them ourselves. That said, there still is a lot of myths, confusion and debate amongst industry professionals and consumers alike.

What Are Lab Grown Diamonds?

Lab grown diamonds are quite literally what their name suggests – diamonds grown in a lab, as opposed to natural diamonds that are mined from the earth. A lab grown diamond has the same chemical composition and crystal structure as a natural, earth-mined diamond. Therefore, unlike “diamond simulants” or fractured filled diamonds, they technically should be considered “The Real McCoy” in terms of diamonds.

There are two methods of growing diamonds in a lab – chemical vapour deposition (CVD) and the high pressure, high temperature method. Both methods are excellently described in James E. Shigley’s article in Gems and Gemology.

Once a diamond is grown in the lab, it is then cut and polished, much like a natural diamond, although as shown below, lab grown diamonds don’t have the usual octahedron shape of a natural diamond. 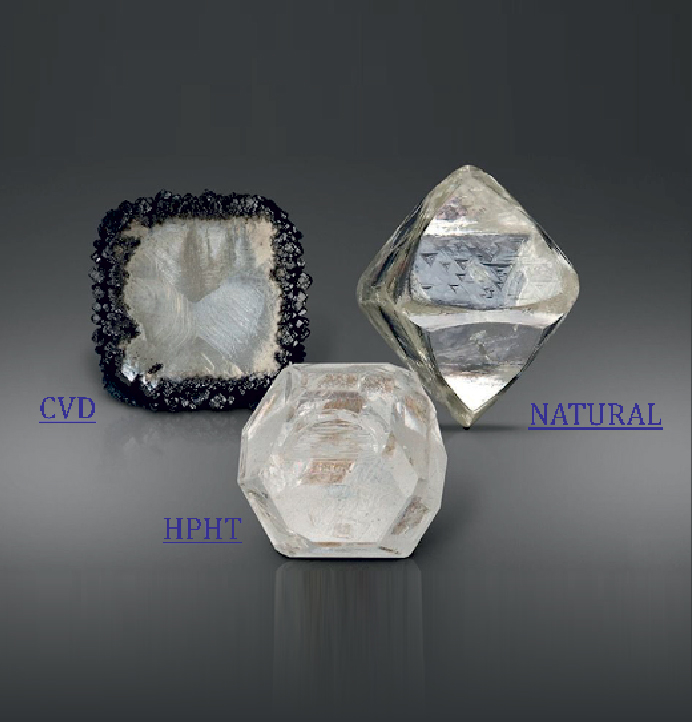 In the late 1990s, DeBeers released two tools to detect lab grown diamonds, the DiamondSure and the DiamondView. 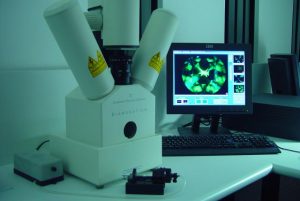 Above: Diamond View used by my friend, Roy Cohen of DCLA.

Whilst these two pieces of equipment were prohibitively expensive for all but the largest laboratories, as to be expected, technology has gotten better and the prices have come down significantly. Nowadays, many different “portable” tools exist such as the GIA ID100, costing US$5-6000, which is well within reach of most jewellers, valuers and appraisers.

That said, almost all diamonds, at least those worth anything, are laser inscribed nowadays, and the words “LAB GROWN” or word to that effect usually feature prominently in the laser inscription.

Why Buy A Lab Grown Diamond

The only reason to buy a lab grown diamond is to save money. With lab grown diamonds approximately 1/6 the price of natural diamonds, it means consumers can buy more diamond for their money.

There are other reasons to buy a lab grown diamond that get floated around. One such is that lab grown diamonds are more environmentally friendly than mined diamonds. However, as Rob Bates of JCK explains, this is very much a contentious issue, and he notes “It’s striking that no conservation group has endorsed lab-grown diamonds—though plenty have endorsed electric cars.”

The second such reason touted in favour of lab grown diamonds is that lab grown diamonds avoid any human rights or other ethical issues. However, as Rob Bates explained in above linked article, the diamond industry contributes $8 billion annually to Africa, and that:

“sustainability is linked to economic development, it’s about structural change, it’s about women’s rights, and it’s about inclusive participation. Synthetic diamonds don’t do any of that. They will take that away. It’s closing the door on the micro-producers to enter the international market.”

Therefore, unlike say a devout Christian refusing to work on a Sunday, or a vegan buying a polyester scarf instead of a silk one, the ethical and environmental benefits of lab grown diamonds over mined diamonds are somewhat vague, and possibly even misleading.

Whilst diamonds have be grown in the lab on a small scale for years, the first major commercial player on the market was a company called Gemesis. Founded in 1996, it took them until 2013 to grow a diamond resulting in a 1.29ct polished emerald cut diamond. Since then, production across the entire industry has reached 6 to 7 million carats per annum. This is dwarfed though by the amount of mined diamonds, which is well over 100 million carats per year.

My Prediction for Lab Grown Diamonds 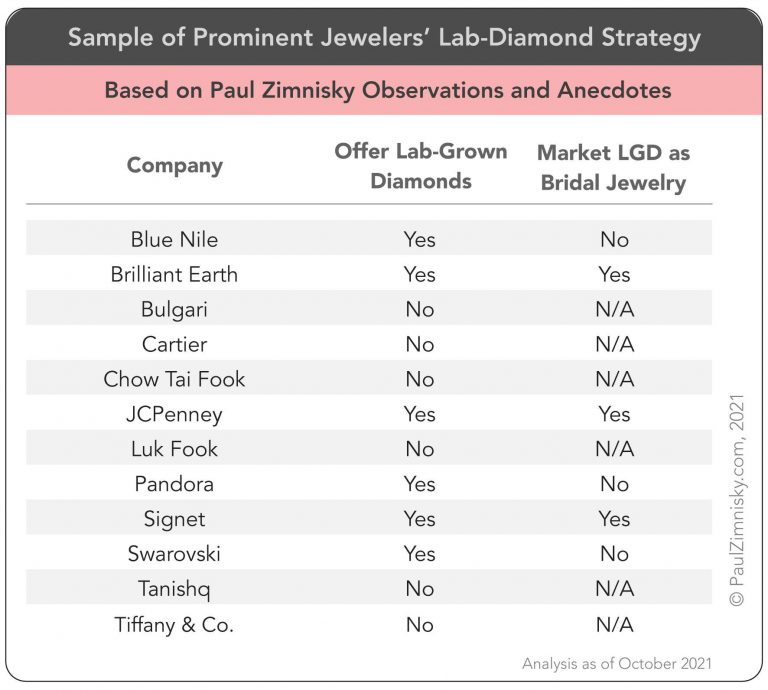 However, it seems the tide is turning, as Rob Bates reports one of Asia’s jewellery giants, Chow Tai Fook is now selling lab grown diamonds under a separate brand.

I think it is therefore inevitable that lab grown diamonds will become ubiquitous within the diamond and jewellery industry, and most stores and online vendors will sell them in one way or another. Some stores may offer them in non-engagement jewellery, whilst others may sell their entire line from lab grown diamonds.

Secondly, it is quite clear that the price of lab grown diamonds is falling. For an item that is produced with relatively new technology, that is by no means surprising.

However, the question remains how low can the price go? Well if the main input cost is electricity and equipment to grow the diamonds, and with polishing costs at around $10/carat, then lab grown diamonds have quite a long way to go before they bottom out.

Quite clearly, an increasing amount of consumers are buying lab grown diamonds. My own experience even says many are using them for engagement rings. However, at some stage will consumers realise that the stone they are using for an engagement ring may well be virtually worthless in 10 years time? More importantly, will they care? If consumers are educated and thus care about the intrinsic value of the diamond jewellery they are buying, then lab grown diamonds may well be the “one hit wonder” of the jewellery industry.

This entry was written by Nikhil Jogia and was posted on on Wednesday, October 27th, 2021 at 6:15 pm and is filed under Diamonds. You can follow any responses to this entry through the RSS 2.0 feed. You can leave a response, or trackback from your own site.